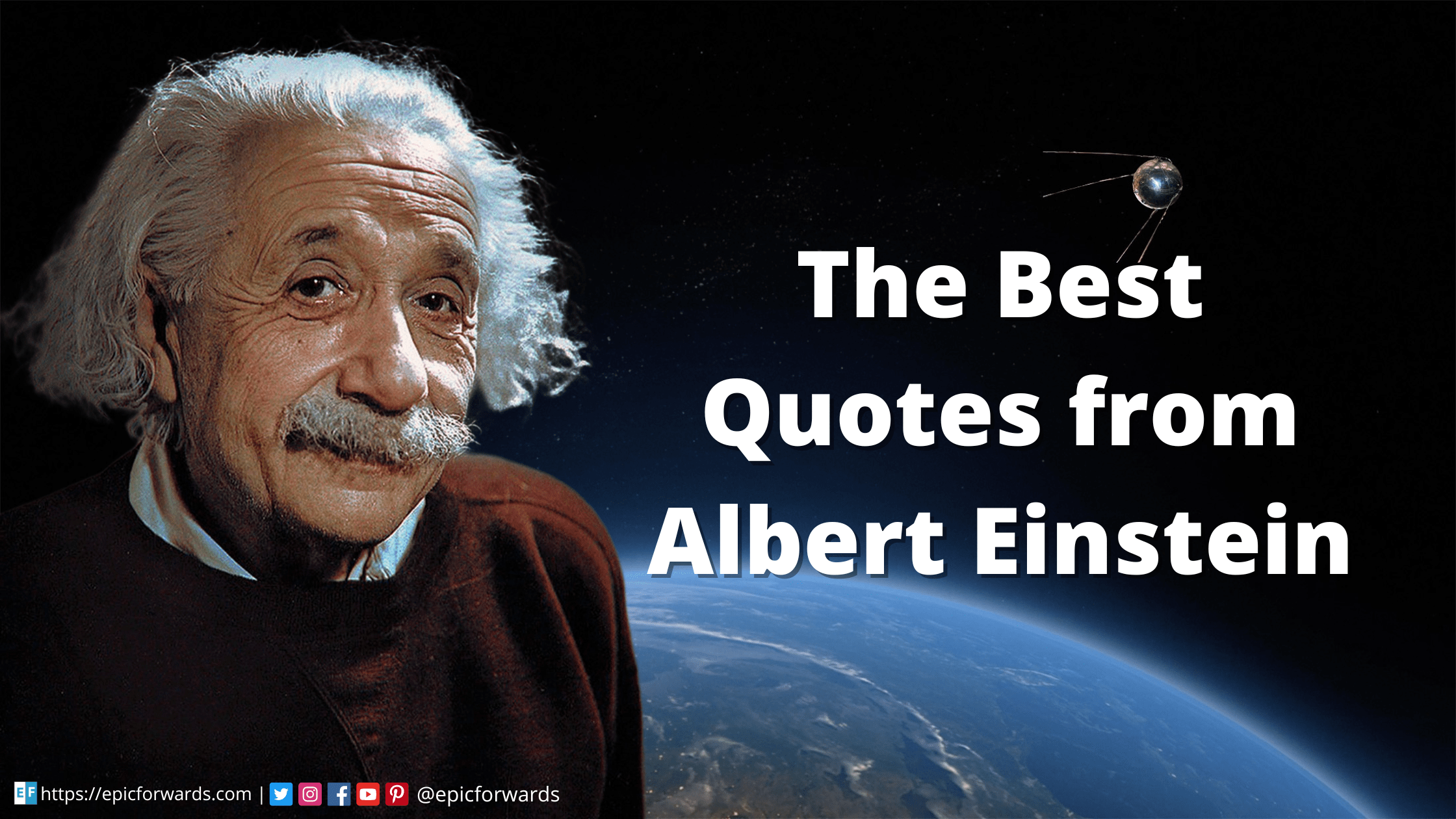 Albert Einstein is a German-born theoretical physicist who is widely regarded as one of the most influential scientists in history.

He received a number of awards and recognitions during his lifetime, including the Nobel Prize in Physics in 1921.

In 1922 he was awarded membership in the Royal Society, and he received honorary degrees from universities around the world.

Einstein published more than 300 scientific papers and over 150 non-scientific works. His intellectual achievements and originality have made the word “Einstein” synonymous with genius.

The award was first established in 1967 and has been awarded annually since then. It is considered a prestigious honor and often goes to some of the most prominent physicists in the world.

Einstein’s contributions to physics are undeniable but he also had an interest in politics and social issues like racism and nuclear war which he expressed through his essays, speeches, and letters.

Here are some of the best quotes from a thought-provoking Scientist Albert Einstein.

“Two things are infinite: the universe and human stupidity; and I’m not sure about the universe.”

“If you can’t explain it to a six year old, you don’t understand it yourself.”

“Life is like riding a bicycle. To keep your balance, you must keep moving.”

“Anyone who has never made a mistake has never tried anything new.”

“Anyone who has never made a mistake has never tried anything new.”

“Never memorize something that you can look up.”

“When you are courting a nice girl an hour seems like a second. When you sit on a red-hot cinder a second seems like an hour. That’s relativity.”

“Science without religion is lame, religion without science is blind.”

“A clever person solves a problem. A wise person avoids it.”

“Any fool can know. The point is to understand.”

“I have no special talents. I am only passionately curious.”

“The world as we have created it is a process of our thinking. It cannot be changed without changing our thinking.”

“You never fail until you stop trying.”

“The measure of intelligence is the ability to change.”

“It is not that I’m so smart. But I stay with the questions much longer.”

“Gravitation is not responsible for people falling in love.”

“Creativity is intelligence having fun.”

“If A is a success in life, then A equals x plus y plus z. Work is x; y is play; and z is keeping your mouth shut.”

“Everything must be made as simple as possible. But not simpler.”

“Whoever is careless with the truth in small matters cannot be trusted with important matters.”

“When you trip over love, it is easy to get up. But when you fall in love, it is impossible to stand again.”

“Peace cannot be kept by force; it can only be achieved by understanding.”

“Blind belief in authority is the greatest enemy of truth.”

“In the middle of difficulty lies opportunity.”

“A question that sometimes drives me hazy: am I or are the others crazy?”

“Imagination is everything. It is the preview of life’s coming attractions.”

“The important thing is not to stop questioning. Curiosity has its own reason for existing.”

“The woman who follows the crowd will usually go no further than the crowd. The woman who walks alone is likely to find herself in places no one has ever been before.”

“Time is an illusion.”

“Love is a better master than duty.”

“I never made one of my discoveries through the process of rational thinking.”

“We all know that light travels faster than sound. That’s why certain people appear bright until you hear them speak.”

“Once we accept our limits, we go beyond them.”

“Nothing happens until something moves.”

“Out of clutter, find simplicity.”

“If you want to live a happy life, tie it to a goal, not to people or things.”

“Wisdom is not a product of schooling but of the lifelong attempt to acquire it.”

“Only a life lived for others is a life worthwhile.”

“Imagination is the highest form of research.”

“I’d rather be an optimist and a fool than a pessimist and right.”

“However rare true love may be, it is less so than true friendship.”

“I live in that solitude which is painful in youth, but delicious in the years of maturity.”

“Only those who attempt the absurd can achieve the impossible.”

“You can never solve a problem on the level on which it was created.”

“I never think of the future – it comes soon enough.”

“The only thing that you absolutely have to know, is the location of the library.”

“Look deep into nature, and then you will understand everything better.”

“I want to know God’s thoughts – the rest are mere details.”

“It has become appallingly obvious that our technology has exceeded our humanity.”

“Few people are capable of expressing with equanimity opinions which differ from the prejudices of their social environment. Most people are incapable of forming such opinions.”

“A true genius admits that he/she knows nothing.”

“The hardest thing in the world to understand is the income tax.”

“You cannot simultaneously prevent and prepare for war.”

You may also like to read the Inspiring Mahatma Gandhi Quotes.

“Common sense is the collection of prejudices acquired by age eighteen.”

“The more I learn, the more I realize how much I don’t know.”

“The only real valuable thing is intuition.”

“The tragedy of life is what dies inside a man while he lives.”

“A person starts to live when he can live outside himself.”

“The only thing that interferes with my learning is my education.”

“Intellectual growth should commence at birth and cease only at death.”

“Information is not knowledge.”

“The ideals which have always shone before me and filled me with joy are goodness, beauty, and truth.”

“Energy cannot be created or destroyed, it can only be changed from one form to another.”

“Excellence is doing a common thing in an uncommon way.”

“I never teach my pupils, I only attempt to provide the conditions in which they can learn.”

“Play is the highest form of research.”

“God is subtle but he is not malicious.”

“A man should look for what is, and not for what he thinks should be.”

“The only sure way to avoid making mistakes is to have no new ideas.”

“Compound interest is the eighth wonder of the world. He who understands it, earns it. He who doesn’t, pays it.”

“It is harder to crack prejudice than an atom.”

“At least once a day, allow yourself the freedom to think and dream for yourself.”

“Before God we are all equally wise – and equally foolish.”

“Learning is experience. Everything else is just information.”

“What really interests me is whether God had any choice in the creation of the World.”

“Everybody is a genius. But if you judge a fish by its ability to climb a tree it will live its whole life believing that it is stupid.”

If you like to watch these Albert Einstein Quotes in video form, you can watch here.