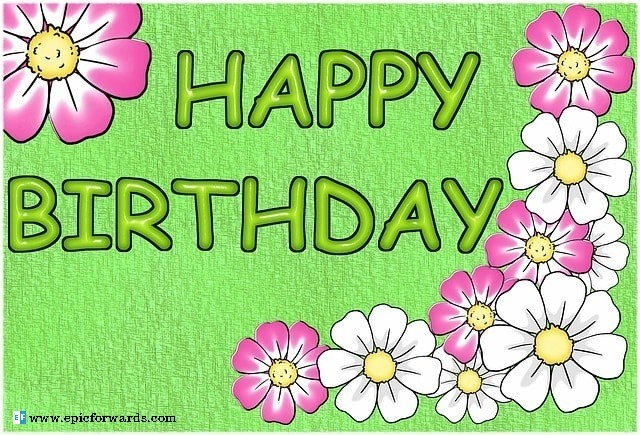 What is your favorite day of the year? Most of us would answer “My Birthday”. People love to celebrate their birthday because it’s the day of their arrival on this planet.

Birthday is the day of one’s birth or the anniversary of that day. Birthdays are the most celebrated days in the world. People celebrate birthdays in one way or another. Ways of Celebration may be different, but it has become a universal tradition to celebrate birthdays.

It is the reason for family and friends to come together and celebrate the birthday of their loved one. The celebration goes from cake cutting, sharing gifts and greeting cards, partying, etc.

Let us find the answers to these questions and other surprising traditions related to birthdays.

The more you praise and celebrate your life, the more there is in life to celebrate.

Here are some known and unknown facts about birthdays. Some of them will surely surprise you. If you know any such surprising fact, please share it in the comments.

The calendar made it simple

Earlier, sun, moon and some other important events were the only means to track the time. It was very difficult to track or mark special events and milestones in life using these means.

Then people started observing seasonal changes. They started taking note of the moon’s cycles and repeating the pattern of the moon cycle.

These recorded observations took the form of the calendar over time. The calendar became a tracking system that marked changes in time and special events. The calendar made it simple to track birthdays and other important events in life.

Records say it was Egyptians

The earliest mention of a birthday celebration was around 3000 BCE. Egyptians were the first to celebrate birthdays.

Pharaoh celebrated the first birthday in history. But it was not the day they were born. Rather, they used to celebrate Pharaoh’s coronation day. Coronation transforms Pharaoh into a god, as they believed. That is their new birth as a god.

How candles added in the birthday celebration

Offerings to god and goddess were the part of almost all the cultures. Greeks were no exception to it. They would offer moon-shaped cake with a candle on it to the Artemis, the lunar goddess.

The tradition of the candle has come from the Greeks. The candle was the symbol of prayer to god. It was mean to send a message to the god.

Age is a case of mind over matter. If you don’t mind, it doesn’t matter.

The birthday celebration was started in ancient Rome, but it was limited to men only. Women were not allowed to celebrate birthdays until the 12th century.

Christians used to consider birthdays to be the celebration of evil, as birthdays being tied to pagan gods. This lasted until the 4th century.

Christians abandoned this way of thinking and started celebrating Christmas as a birthday of Jesus. After this birthday tradition became widespread.

By this time, the idea of a birthday celebration started taking off around the world. It was German bakers who invented contemporary cakes in the late 18th century. It was made for a party held for German kids.

Men are like wine: some turn to vinegar, but the best improve with age.

Thanks to the Industrial revolution

Sweet tasting cake was not accessible for everyone. It was only for noble and wealthy people. This was because the ingredients of the cake were not affordable to everyone.

After that, it became a necessary thing for birthday celebrations everywhere.

Most popular song in the English language

Patty Hill and Mildred J. Hill wrote the song “Good Morning To All” in 1893. It was written to be sung by students before classes began.

Robert Coleman added few extra lyrics to it and published a songbook in 1924. These extra added lyrics to that old tune became what we know today as “The Birthday Song”.

The Birthday Song” is the most popular song in the English Language. And the song is under copyright.

These were some facts about the birthday celebration. How the tradition of birthday started and how it has changed over time.

Below are some birthday wishes and messages. Send these messages to your friends on their birthdays.

And if someone forgets to wish you on your special day, remind them by sending the following message.

And in the end, it’s not the years in your life that count. It’s the life in your years.

You may also like: Heartwarming Good Morning Quotes, Images

You may also like: Delightful Good Night Wishes, Quotes, Images